Where Anything Is Possible

The first book on my list would have to be Cinder by Marissa Meyer. I loved the whole idea behind the story. It’s basically a retelling of Cinderella, but instead of her being a girl, Cinder is a Cyborg. I just really liked the twist on it because it was something so different then what I was used to reading. I’ve really been into books that aren’t totally the same as all other YA books, so that’s why I was so happy with this series! 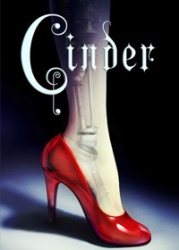 The second book that I loved was The Selection by Kiera Cass. I love this book because it’s about a girl who lives in a lower caste who pretty much going to be that caste her whole life, until the price says that he’s looking for a wife and any girl in the whole system can pretty much apply, and she does’t want to at first because she has a boyfriend already that’s a secret, but she ends up doing it anyways for the boyfriend and also her parents. So, I loved this play on a story. I really liked it because again, it wasn’t anything like what I had read before. 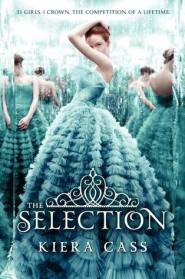 And, the last one that I loved was Shatter me by Tahereh Mafi. The one thing that I really liked about all these books is that they are a series. I don’t really read that many books that aren’t in a series because I really tend to get attached with the characters that I’m reading from. I really liked this book because of the love triangle and the fact that she’s this girl who has a power, which is that she can’t touch anyone because if she does, then they die. I mean that’s a pretty powerful power, and she really struggled with that, so I liked the journey she went on through the stories. 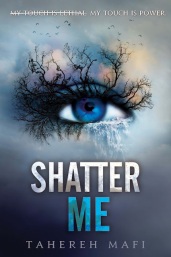 So, these are just some of the books that I have really enjoyed this past year. What are some of your favorite books that you’ve read this year?

So, I figured that I should do a review because I feel like this book is totally underrated. It might just be that I haven’t read the Twilight in a long time, but I felt that the book had a decent amount of changes in it. While reading there were parts that you can tell she totally kept the same. Many times it just seemed like she changed she to he and he to she. Sometimes I hated that, but other times it was okay.

So, obviously I don’t really have to give a summary of the story unless you’ve been under a rock for the past couple years, but she did change the ending of the book. I just wasn’t a huge fan of the ending though.

I personally hated the fact that they did that. I mean I get the whole point that you can’t tell anyone that you’re a vampire, but correct me if I’m wrong, Bella was still around her parents after a couple months or something like that. So, I think that if they gave Beau time, then he would have been fine because he was so controlled as a vampire. So, I was pretty disappointed that she would do that to her parents. I mean it killed them to know that their only son had died, and I mean it’s just crazy to think that he would go through with that. I would have tired to find some way to make it so that I didn’t have to do that to my parents. I know that he was heartbroken doing that, but he just didn’t seem that remorseful. Especially when he talked in the end about how he choose a life with Edith. I mean sorry, but I’m not going to choose a life with someone who I’ve known a couple months over my family. And you can argue that he couldn’t tell his parents, but I’m sure that they could have figured something out.

Now, I do love the other books, which is why I went out and bought all 4 again because I got rid of them earlier. But there was just something about it being a boy that really didn’t make the story come together for me. I didn’t feel like you really got to relate with Beau, and frankly I didn’t like it as a boy. Also, I feel like if you’re changing all the characters then Stephanie Meyer should have also changed the gender roles of the mother and father, since those stayed the same. I thought that was kind of pointless, because it’s not like either of them even have a big role in the story either. I think that at this point it’s just too hard to imagine the gender roles flipped, and I don’t know if anyone else had this problem.

I also had a hard time separating the new characters names. I mean I would just picture the actual person saying those lines and not the new person. I mean it was pretty much ingrained in me who was who after reading Twilight a couple times. Now, there are all these ‘new’ names that I have to learn! So, I think that that also took away from the book. So, I had to look up everyone a couple times while reading the book so that I knew what was going on, and who was talking. Sometimes that would get to be quite frustrating.

Overall, I would give this book a 4/5 stars, just because I really do like this series.